Build Cole and Kai and place them on the LEGO® Toy Pad to bring them to life in the exciting LEGO DIMENSIONS™ multiverse. Use their golden Ninja weapons, unleash their Spinjitzu skills and activate other special abilities to overpower any enemy who stands in their way. Call in Cole's awesome 3-in-1 Boulder Bomber and Kai's 3-in-1 Blade Bike and rebuild them for upgraded in-game abilities! 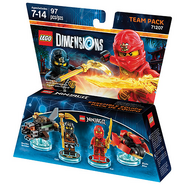 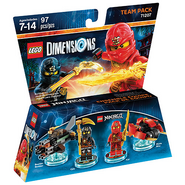 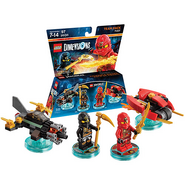