Adventure Worlds are the open world areas of LEGO Dimensions; one for each of the represented franchises. To unlock a world, you must have a character from that brand placed on the LEGO Gateway Toy Pad. If you wish to gain access to a world in the future, you will need to place any character from the franchise on the Toy Pad again. For example, if you have previously entered the Adventure Time World and want to return to it, you will need to place either Finn, Jake, Lumpy Space Princess, or Marceline on the Toy Pad in order to enter it again. You are not required to keep the respective character on the Toy Pad for the entire time you spend in the Adventure World. It will only be needed to access it. 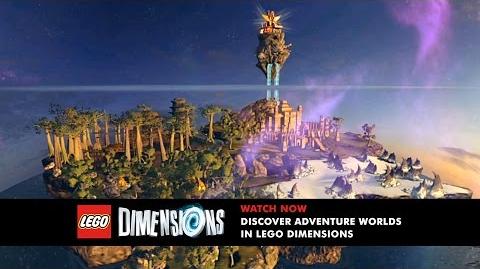