The Gyrosphere is a Jurassic World vehicle in LEGO Dimensions. It is the ACU Trooper's personal vehicle, and is included in the 71205 Team Pack.

The Gryosphere is an attraction in Jurassic World. Visitors will step inside these large clear movable spheres to get a chance to see the wildlife in the park, without any harm onto the passengers. 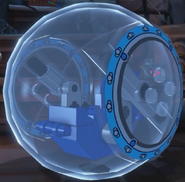 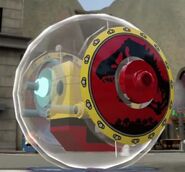 The alternate design of the Gyrosphere.
Add a photo to this gallery
Retrieved from "https://lego-dimensions.fandom.com/wiki/Gyrosphere?oldid=110405"
Community content is available under CC-BY-SA unless otherwise noted.