The Splice O' Life (also called Splice Of Life) was a tenant of the Clamp Center which rented laboratory space on the 51st floor.

The reception desk was staffed by Peggy. Several scientists, including Martin, Lewis, Casper and Wally worked in the laboratory under the head scientist Doctor Catheter. They spliced together genes of different organisms in a multitude of bizarre genetic experiments, which included turning rats into new sources of electricity and growing elastic vegetables to name a few. The scientists had also procured various serums that caused drastic mutations upon ingestion or injection. These included: brain hormones; genetic sunblock; "high voltage" serum; spider serum; bat serum; and gender reassignment hormones.

Fearing the possibility that one day an experiment could turn on its creators, the lab's head scientist Doctor Catheter had collected a number of small assault weapons, including an Uzi submachine gun, which he kept in a locker inside the lab.

During the gremlin attack on the building, Doctor Catheter, along with Billy Peltzer and Forster attempted to retrieve some weaponry for use against the gremlins. As Catheter attempted to retrieve a gun, the Locker Gremlin, who was hiding inside the locker, bit his hand. As Billy went to extricate the stricken scientist's hand from the locker gremlin, Catheter is electrocuted by the recently mutated Electric Gremlin that is unleashed from a lamp. As Billy watches in horror, Mohawk pulls out an Uzi submachine gun from the locker and shoots at Billy, who barely manages to escape the lab.

Duke it out on 51st floor of the Clamp Centre. 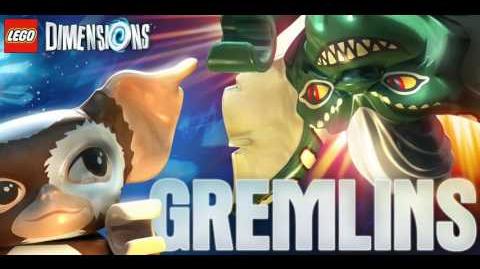